When the show can’t go on: A look at designers’ work for NOMADS’ and CUP’s canceled productions

When the show can’t go on: A look at designers’ work for NOMADS’ and CUP’s canceled productions 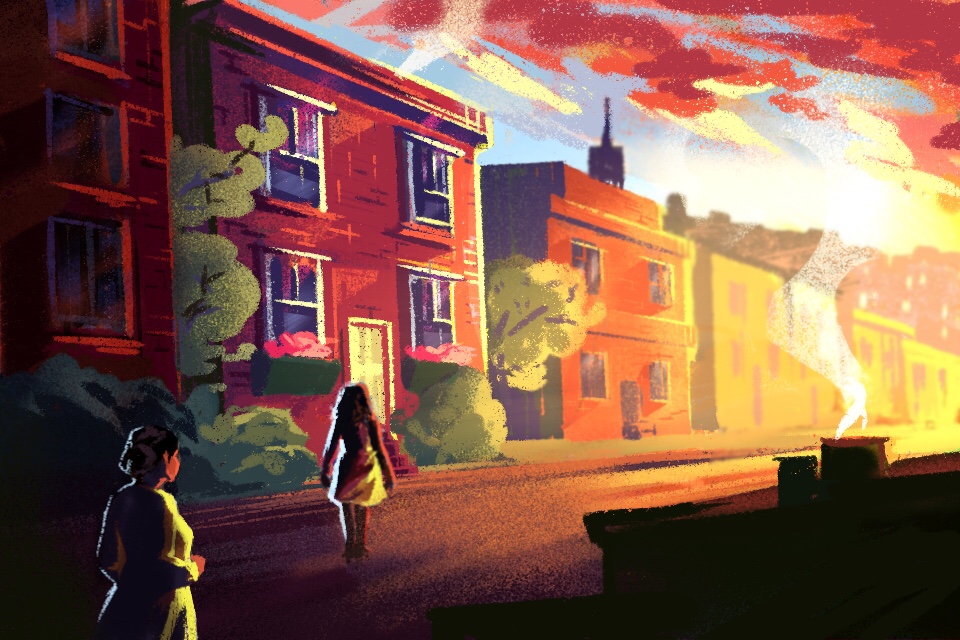 In a two-part series, Spectator has taken the work and words of these productions’ designers and creative team members and spun them into mock-up illustrations for a glimpse at what might have been.

For Columbia’s student theater groups, the spring semester is when creative teams, actors, and designers produce a crowded roster of musicals and plays. Beginning in January, creative teams begin planning, casting, and constructing their upcoming productions. Amid the COVID-19 crisis and cancellation of on-campus activities, however, all student-led theater groups have been forced to cancel or postpone their shows until the fall semester.

In a two-part series, Spectator has taken the work and words of these productions’ designers and creative team members and spun them into mock-up illustrations for a glimpse at what might have been. In part one, we take a behind-the-scenes look at the creative processes for NOMADS’ student-written play “Ad Nauseam” and the Columbia University Players’ “The House on Mango Street.”

Upon reading the script written by Raefah Wahid, BC ’20, for “Ad Nauseum,” set designer Syeda Anjum, BC ’21, immediately visualized bright, vivid colors covering the stage. As a first-time set designer, both Anjum and her assistant set designer spent time experimenting with a range of materials, such as fluorescent paints to create a blacklight effect.

“It was a lot of research on my own end: Looking at what the different theories were and how warm and cool colors come together, and learning [about] whenever we have a certain color of light, what really happens to the whole stage and how we can make that work with such vivid colors of our set,” Anjum said. 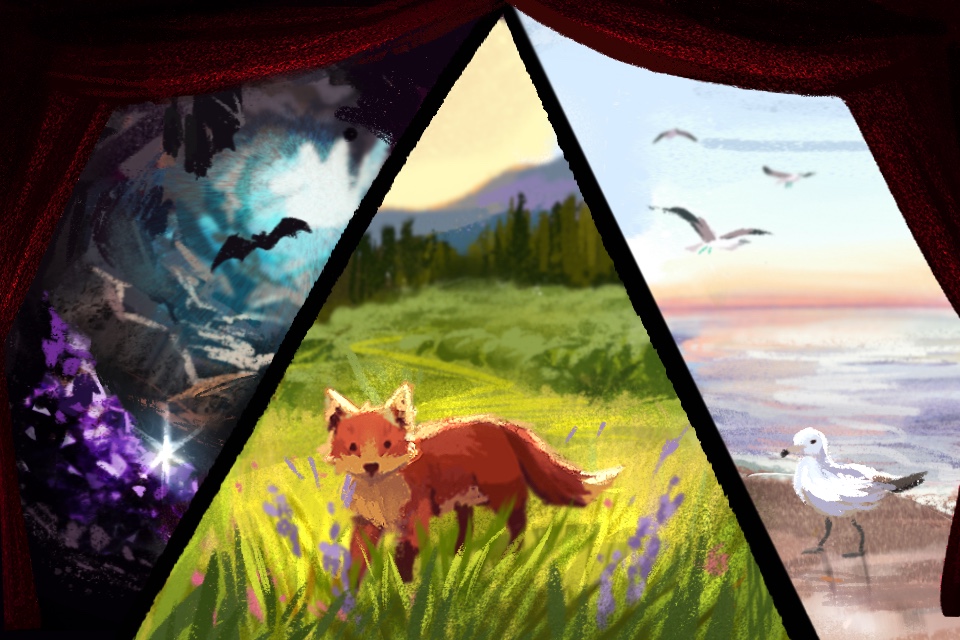 The biggest challenge that Anjum faced was finding a simple way to differentiate between the three play’s three main settings: a meadow, a cliffside, and the interior of a cave.

“I was scared that each of the settings that we had were so different from one another that I was genuinely wondering how we would move this around. You don’t want to spend too much time moving pieces. It would just be very jarring for an audience,” Anjum said. “But ultimately, we did come up with a way where we could use pieces in a creative manner, but still be able to mark a distinction between the three settings—and I think just finally reaching that conclusion felt so great.”

Costume, sound, and lighting design for CUP’s “The House on Mango Street”

CUP’s production of “The House on Mango Street” includes about 52 characters who are played by an ensemble of eight to nine actors, according to director Nicole Leon, CC ’20. To allow actors to quickly transition between roles, costume designers focused on versatility within their designs, giving each actor a neutral base costume over which they could layer colorful costumes.

Despite the constant transitions, Leon emphasized the importance of consistently featuring Chicanx culture through flowers on the costumes and bright colors on the set. With the lighting, Leon also wanted to use bright colors that evoke movement.

“I worked with a lighting designer who specializes in really experimental work, so [it] was nice to have her bring in lots of pops of color and really think about different cues that would bring a sense of movement, especially on a stage where there’s one set that is very versatile.”

In a collaborative creative process, Leon’s sound designers embraced her ideas for how to convey Chicanx culture in Chicago.

“I had a few sound designers who are amazing—one who produces music—so it was really nice to bring in the research of Mexico City [and] Chicago for soundscapes, and then use different songs in Spanish and otherwise [that] we could really mess with to bring out that fun soundscape,” Leon said.

While the designers incorporated sound throughout the show, they chose moments of silence carefully. The silence was especially powerful since the city of Chicago is “never really quiet,” according to Leon.

CUP President David Ehmcke, CC ’20, said that CUP is always trying to “critically interrogate which work gets an opportunity to get staged.” With cancellations of shows amid the COVID-19 pandemic, of course, it is more crucial than ever to think carefully about which plays will get shelved and which will be given theater space and a time slot when classes resume on campus.

Ehmcke emphasized that “The House On Mango Street” presented a narrative that spoke to first-generation low-income students and Chicanx students on campus—both groups who do not often see themselves represented on stage.

“It would’ve been a real tragedy to not see the show to fruition,” Ehmcke said. “So I think the pressure’s really on all student groups to interrogate their approaches to COVID-19 delays and cancellations to make sure that [groups] that are already historically underrepresented are still getting the support and resources that they need to do restorative work.”