Street harassment did not get the memo about COVID-19

Street harassment did not get the memo about COVID-19 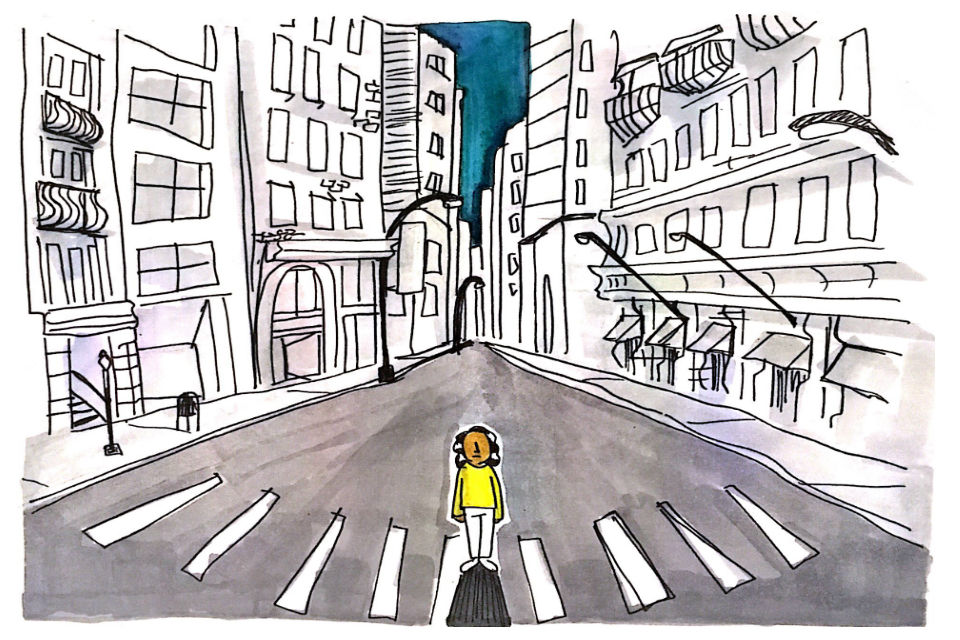 As social distancing becomes the new norm, it seems that street harassment did not get the memo. While jogging at the park, filming videos on College Walk, and picking up a salad from Sweetgreen, I have encountered whistles, awkward flirting, car honks, and raunchy comments that make me feel the same way I did when I was a lanky 10-year-old girl experiencing street harassment for the first time. The same feelings of unsafety, betrayal of my body, embarrassment from the attention, and inappropriate hypersexuality have washed over me. As I continue to navigate life in my body, as a Black woman, I’m often reminded of those feelings.

Growing up, I resented my body and held it responsible for the fear and unwanted attention I received. The fact that I was so tall, physically mature, feminine, and Black contributed to the hypersexualization I experienced. I also sometimes saw this harassment as a warped affirmation of my sexual maturity. It seemed that for people like me, this was just a part of life, a right of passage to be considered “pretty” and womanly. I didn’t yet realize that street harassment has less to do with desirability and more to do with imposing masculine archetypes of power over people whom they perceive as feminine.

In my experiences with street harassment throughout the last decade of my life, everywhere from the streets of North Miami to College Walk, the same questions and concerns linger about my body. Sexual harassment makes me feel like my body no longer belongs to me. Every time I experience lewd or sly comments, a car honk, or groping, it feels like my body becomes an object of the male gaze. The complexities of my humanity that I experience through my body are flattened into a sexual object for these men to enjoy. The fact that they feel entitled to me in such an overtly sexual way reinforces this feeling.

Although moving to New York has been empowering for me, as I now have to be self-sufficient, that feeling has been diminished by the street harassment I face in the hustle and bustle of the city. Now I ponder what tactics I can use to take back my body and reassert my autonomy in the face of these inevitable and humiliating encounters. This is much more complicated than raising a middle finger up to a mouthy man on the street. Where I can find ample physical safety, situational appropriateness, and general bad bitch energy, I respond with profanity and a look of disgust, and it feels good. However, most of the time, I respond with silence and politeness to ensure my safety, even though these men do not deserve my kind smiles. Worry for my safety takes away the gratification I would receive from retributive acts, especially as I am a Black woman, which makes me more susceptible to gender-based violence.

Recently, I tried a new tactic that reaffirmed my bodily autonomy and ability to feel safe on the streets. In response to a rude comment I received while waiting for my partner in Central Park, I firmly answered, “I do not appreciate that.” I could feel my sharp words disarming the man who had shouted at me, forcing him to reevaluate his intentions and the impact his actions had on me. The man later apologized. It was the first time I had ever received some form of an apology after being harassed. A situation that would usually leave me scared, humiliated, and objectified finally ended in a way that affirmed that my voice and body belonged to me. I acknowledge that, depending on the person and situation, caution should be employed when they engage with street harassment. However, I encourage everyone to find ways to protect themselves—not only physically but mentally from the lingering effects of catcalling. Remember that it isn’t your fault; that the harassment you experience isn’t something you control; and that whatever your response is, it is a valid attempt at self-preservation.

As we follow the new norms of social distancing, I find the lack of respect for my boundaries to be even more shocking than usual: Why are men comfortable getting in my face during a pandemic for the sake of a sleazy comment? I constantly struggle to balance my need to demand respect for my body and my need for safety. I hope I continue to find ways to stand up for myself and challenge others to reevaluate their actions.

Every so often, however, one interaction sticks, and the feelings of the awkward 10-year-old girl return. I hope to reassure that little girl inside of me that this is not her fault; that her body is deserving of respect; and that she can find the courage to assert herself, whether dangerously out loud with profanity or a firm comment, or safely inside with silence.

Kwolanne Felix is a student organizer and a sophomore at Columbia College studying history who’s quarantined on campus. For inquiries on her work on campus, ways to get involved, or a virtual coffee break, you can email her at k.felix@columbia.edu or shoot her a DM on Instagram @Kwolanne. You can take a sip of Intersectionali-Tea on alternate Wednesdays.

To respond to this column, or to submit an op-ed, contact opinion@columbiaspectator.com.