Now is the time to support graduate workers, not retaliate against them

Now is the time to support graduate workers, not retaliate against them 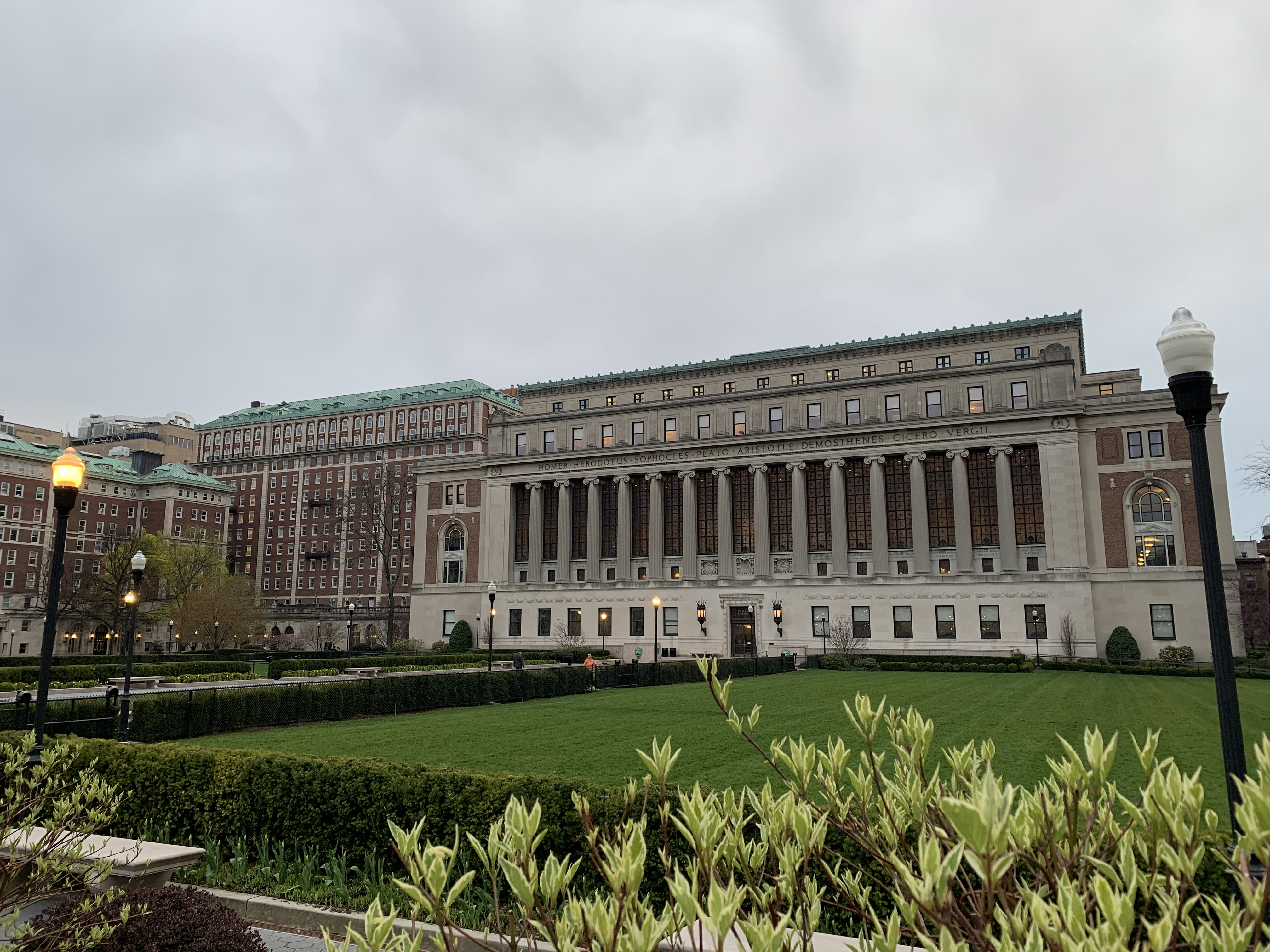 Amelia Milne / Senior Staff Photographer
By Columbia-Barnard Young Democratic Socialists of America and Sunrise Movement at Columbia | May 5, 2020, 2:27 AM

Faced with unsustainably dire housing and work conditions, graduate workers at Columbia are now joining thousands of other workers who have responded to the economic and public health impacts of COVID-19 by going on strike. In over 20 departments, many primary instructors and teaching assistants are refusing to teach Zoom classes, grade assignments, and administer exams. Other graduate workers are participating in collective actions such as teach-ins, petitions, and socially-distanced protests, and several hundred workers have committed to not paying rent in University-owned apartments come June 1.

Unfortunately, the response of the University administration to date has been both illiberal and regressive. As members of this community, we should show solidarity with the strikers and help hold the administration accountable for its treatment of our graduate TAs and primary instructors.

Strikers have four demands aimed at addressing the emergency needs arising from the pandemic. The first is to ensure every graduate worker receives at least $6,000 in total summer funding to cover the loss of income resulting from this emergency. The second is to cancel rent in University housing. The third is to extend funding, employment eligibility, and time to degree by one year for Ph.D. students and by one semester for master’s degree student workers. And the fourth is to protect international students and maintain their student visa sponsorship. These demands are designed to meet the needs of graduate workers on nine-month appointments who are struggling to afford rent and pay for their basic needs due to the impact of COVID-19 on traditional sources of summer income, such as subletting and summer employment.

Thus far, despite Columbia’s $11 billion endowment and vast real-estate holdings, the administration has not adequately responded to these demands. For example, Yale University and Harvard University have allowed graduate students to apply for up to a year of additional funding, but Columbia has not. As rumors of a strike circulated last week, Carlos Alonso, dean of the Graduate School of Arts and Sciences, announced extending up to an additional $3,000 in funding to students on nine-month appointments in years one through seven. However, this measure falls short of the $6,000 for all demanded by the strikers and is insufficient for those who were not already receiving summer assistance.

Some tactics of the administration have also been regressive. Interim Provost Ira Katznelson and Assistant Provost Carmen DeLeon have resorted to intimidation tactics and threats of retaliation against those participating in the strike. On April 28, graduate workers shared an email from DeLeon asking certain students if they held their classes and warned them that if they were on strike, they would not be paid. On April 30, the workers shared a follow-up email from DeLeon, in which she issued an ultimatum that the administration would assume that the recipient was on strike if they did not respond.

In sending these emails, it seems that Columbia administrators aim to identify strikers, to intimidate and dissuade all workers from striking, and to compel non-strikers to denounce their fellow peers who are striking. The Office of the Provost has not explained its grounds for targeting specific individuals with the emails, leading to justified concerns that the administration is invading instructors’ privacy to monitor Zoom logs, CourseWorks, and LionMail. It seems that the administration hopes to inspire fear of further reprisal to keep workers from striking. While not officially endorsing the strike, the Graduate Workers of Columbia-United Auto Workers, the union for Columbia research and teaching assistants, recently condemned the administration’s tactics, and faculty members in several academic departments have also written letters of protest.

In the days to come, the administration might continue to send adversarial messages in an attempt to isolate striking graduate workers from our community. Some might claim that graduate workers are demanding money that should go to undergraduates or essential workers, that strikers are betraying their students, that Columbia has already made concessions, or that graduate students are being unreasonable.

However, before making those claims, we should remember that our institution is failing both its graduate and undergraduate students. Both have had to deal with diminished teaching and learning conditions with little support from the University, both have been denied adequate financial support—in the form of stipend increases and tuition remission—and both have faced issues with housing insecurity in the middle of a pandemic. Moreover, our TAs cannot successfully teach when threats of unaffordable rent and unemployment loom over their heads. Columbia is a prestigious institution that is tapped into a broad network of wealthy and powerful donors—what graduate workers receive does not have to come at the expense of undergraduates or other workers. Rather, by supporting graduate students, Columbia uplifts our entire community.

Columbia is at a crossroads—it can use its resources to punish strikers and intimidate their peers, or it can use them to support and uplift workers and students who are vital members of this community. The outcome will depend on both the administration’s response and our own. Now is the time to show solidarity. Call administrators to lobby on behalf of graduate workers, or, if you have the means, donate to the hardship fund to assist graduate workers striking for better conditions. Rather than allowing this crisis to exacerbate existing inequalities, let’s seize this moment to transition toward a better version of the University, one in which the education and well-being of our entire community are truly valued.

To respond to this op-ed, or to submit an op-ed, contact opinion@columbiaspectator.com.