After a shattered season, Leo Pollack stares down a long road to recovery

After a shattered season, Leo Pollack stares down a long road to recovery 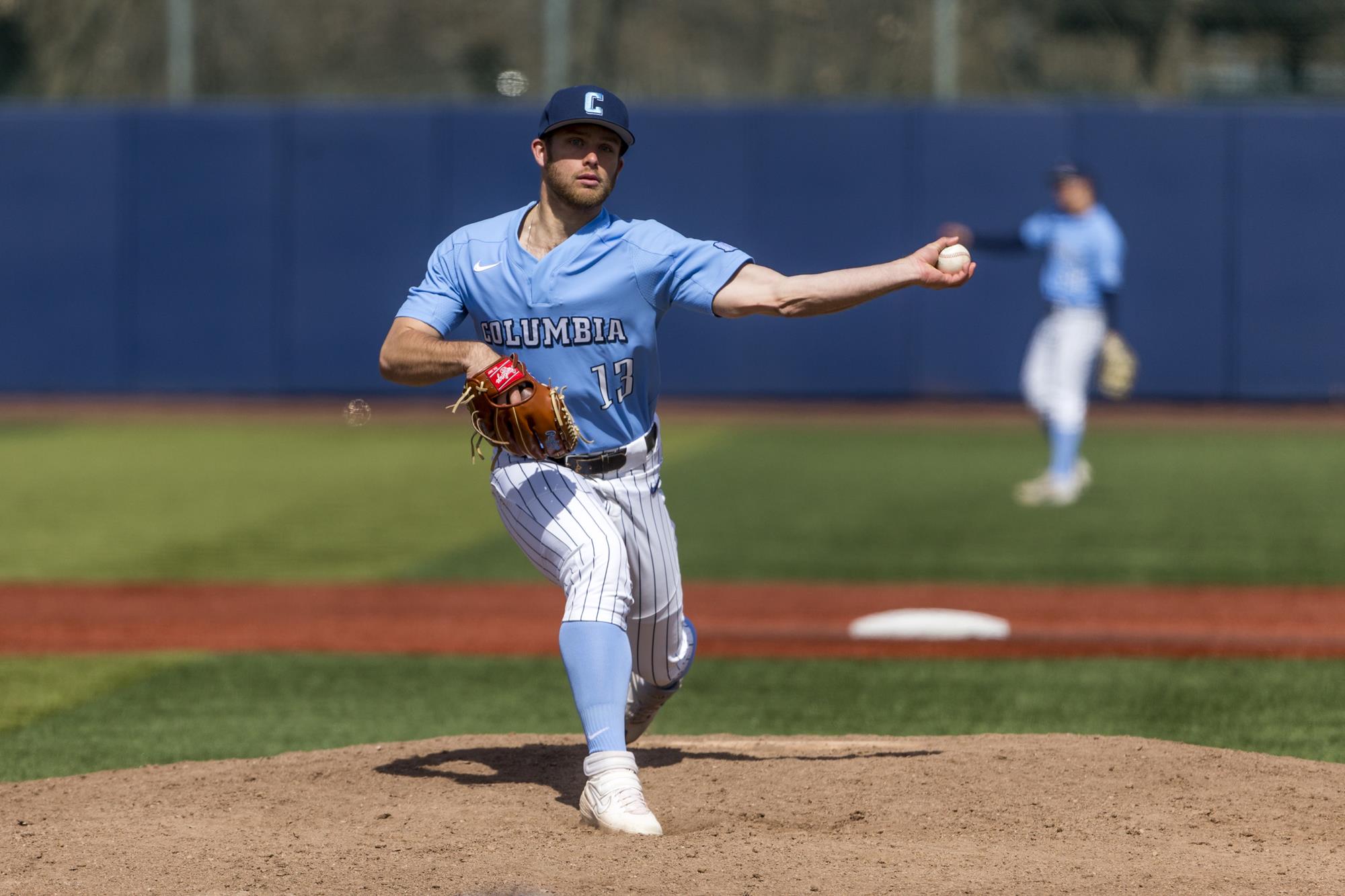 This is the sixth edition of “The Season That Could Have Been,” Spectator’s series on spring 2020 sports.

For senior pitcher Leo Pollack, nothing in his Columbia baseball career has been guaranteed. Since his days as a walk-on athlete, the left-handed reliever shone bright enough to become one of head coach Brett Boretti’s most trusted arms out of the bullpen, pitching his way to a program record for single-season appearances and an Ivy League Championship.

As Pollack geared up for his final season as a Lion, he appeared poised to dominate. Coming off a 2019 campaign in which he threw 30 innings for a 2.40 ERA, Pollack was set to end his career among some of the program’s best relief pitchers.

Then, he confronted an unforeseen setback. At the beginning of the preseason, Pollack felt a pop in his elbow while playing catch. He had torn his ulnar collateral ligament in his throwing arm, a devastating injury for a pitcher that required Tommy John surgery, an operation with a recovery time of over a year. Nonetheless, Pollack was determined to finish his senior season.

“Originally, I had planned not to get surgery. I had been on a throwing program and was planning to come back and pitch through the injury for the Ivy League season,” Pollack said.

Upon returning from a four-game series in Nebraska, everything shifted. During practice, news broke that the Ivy League had canceled the rest of the spring season due to the COVID-19 pandemic. The decision stunned the entire roster, who immediately had to grapple with the confusion and pain of a lost season.

Boretti recalled the raw emotions of his team and how blindsided the group was by the decision.

“At that point, things changed in a quick and pretty dramatic way for us as a team and all the way across the league. We were the only league that had canceled that quickly, so I think there was some element of shock and anger that quickly turns into sadness with our seniors realizing, ‘This is it.’”

After the confirmation that the season was canceled, Pollack and his fellow senior teammates learned of another crushing blow: the Ivy League would not extend fifth-year eligibility to athletes who had lost their spring season to the coronavirus pandemic.

Pollack explained that while he had done everything in his power to combat the Ancient Eight ruling, including working with senior teammate Liam McGill to advocate for an additional year of eligibility for current players in the conference, the final verdict was unsurprising. Boretti also expected this decision, noting that the four-year rule is “part of the mission of the league.”

“Liam and I had been lobbying as much as we could with the athletic director to get the rule extended. I was refreshing Twitter a lot on the day it was announced, and as I saw reports that the Ivy League had decided they weren’t going to make an exception. … It was less shock and more sadness,” Pollack said.

In one fell swoop, the pandemic had upended Pollack’s blossoming career.

As a first-year, Pollack was not recruited to play baseball for the Lions, but he was on the coaching staff’s radar after attending a training camp at Columbia. Shortly after, he walked on to the team and pitched his way to a consistent spot in the bullpen.

Pollack earned a reputation for challenging hitters with an unorthodox approach. The left-hander doesn’t throw with high velocity, but instead, consistently targets the strike zone, forcing opposing hitters to make contact. Though he has never boasted overpowering strikeout numbers, he retires batters with impressive consistency. In his first season, he walked only five batters over 22.1 innings.

“He came in and became a guy that we had a ton of confidence in because he had a lot of confidence in himself,” Boretti reflected. “For a guy that’s undersized, [throws] low 80s, and a lefty, he’s never been afraid to throw the ball in the zone and trust his defense and his ability to locate. Over time, he got more and more confident as he saw the positive results he was getting.”

In 2018, Pollack made history. The reliever made 26 total appearances in games that spring, setting the program record for the most in a single season. He pitched 36 innings throughout the year, including a crucial inning in the Ivy League Championship Series against Yale that clinched Columbia’s victory.

Pollack cherishes the exhilarating memory of the 2018 championship run, an elation he will not be able to pursue again as a Lion.

“The memories of winning that championship are so vivid, and there’s so much joy; it’s one of the best feelings I’ve ever experienced. I was really looking forward to recapturing the championship and the joy of winning,” he said.

The reliever continued to impress in 2019 when he excelled in defusing high-pressure situations. Boretti would call on Pollack to help the Lions escape innings when opponents put runners on base. Relief pitching in baseball is considered a thankless role because of the amplification of mistakes; pitchers often walk a tightrope to limit runs, as a single misplaced pitch can decide the fate of a game.

“When you’re coming in from the bullpen, you can’t put guys on base. Leo was very good at coming in, throwing strikes, forcing contact, and getting a lot of big outs. We knew the ball was going to be in play; he wasn’t going to give up free bases,” Boretti said.

Now, Pollack’s future as a college baseball player hangs in the balance. The California native completed surgery on his elbow on Tuesday, and because of the lengthy timetable for recovery, he targets 2022 as the next season he can play college baseball as a graduate student. To compete that year, he’ll have to play at another institution and apply to the NCAA for a sixth-year waiver, a rare extension of eligibility granted to athletes with circumstances beyond their control.

Though it will be almost two years before Pollack can take the mound again, the plan stands as his only option to further his career. Boretti is confident in Pollack’s ability to recover from the surgery and pitch at a college level again.

“It’s gonna take some time and take some work, but Leo will definitely put the energy into it to get back to full strength as best as he can.”

For now, all Pollack can do is wait.