The Eye | Letter From the Editors

Letter From the Editors: Issue 11

Letter From the Editors: Issue 11 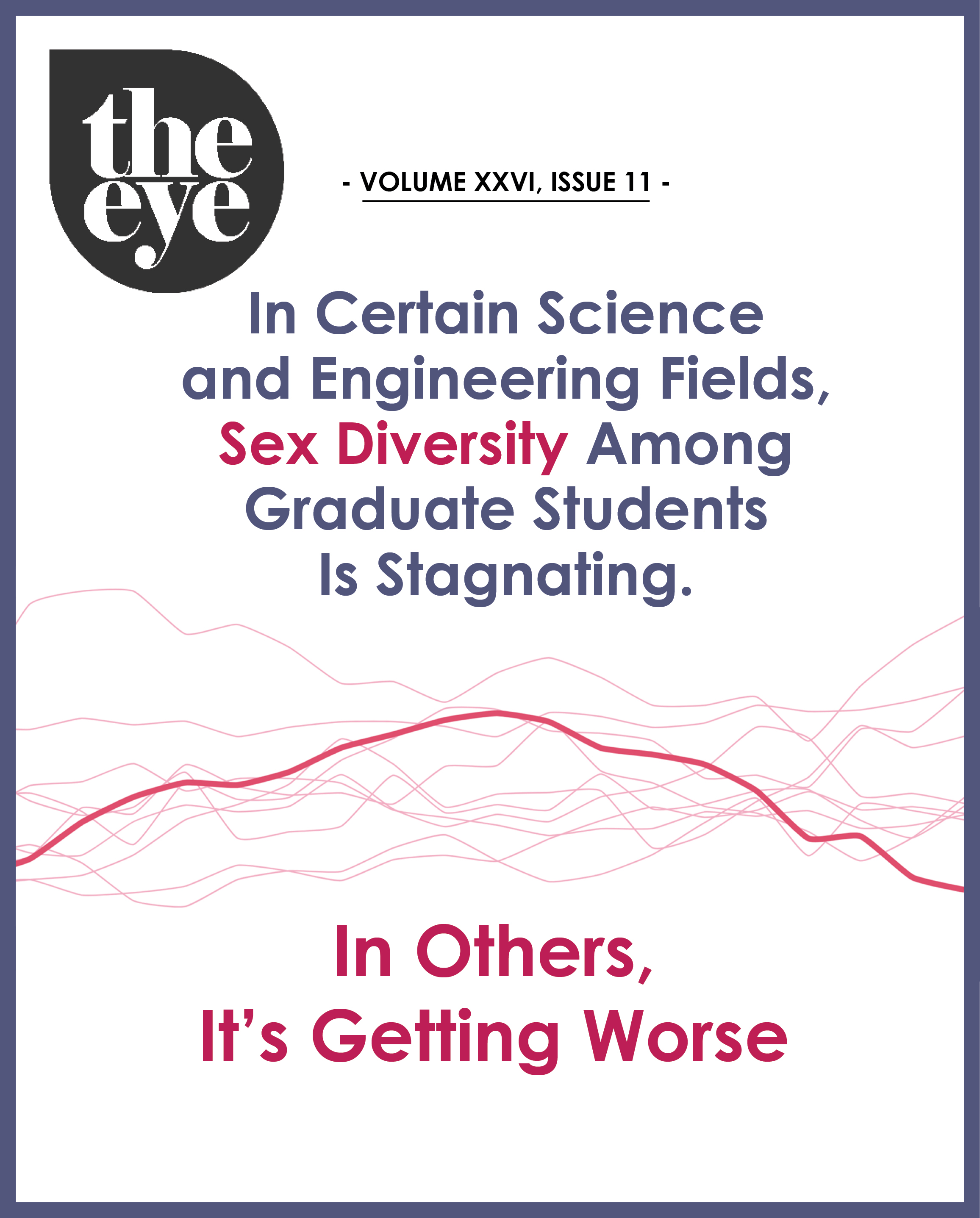 As final papers and exams inch closer and closer, we hope this letter finds you well. We’ve prepared our last full-fledged issue of the semester, so if you find some time between cramming and more cramming, give it a read.

Nineteen percent of the graduate student population in the computer sciences were female in 1994. In 2016, the percent has only risen only three points. In this week’s interactive lead, data journalist Jason Kao investigates the stagnation in the percent of female graduate students in engineering and science graduate schools, finding that certain fields’ improvements in female representation are masking drops in others.

This week, we’re also bringing you the near future. Join Keri Kelly as she meanders through the Uptown Arts Stroll, a local art festival that takes place every summer. Find some new but friendly faces in your stroll uptown—painters, performers, organizers, and even ex-bankers.

Dr. Wallace Broecker, the man who popularized the term “global warming,” was a nationally renowned climate scientist and winner of some of the most prestigious awards in his field. After over 60 years at Columbia, he passed away in February of this year. He was 87 years old. In her Eye debut, Katie Santamaria remembers the life of Columbia’s own prophet of climate change.

Speaking of climate change, and with Earth Month coming to an end, Eve Washington turns our attention toward Columbia’s Sustainable Leaders Network, a forum that encourages a culture of sustainability on campus. From syllabi printed on 100 percent recycled paper to refurbished furniture in the GS student lounge, find out how its efforts impact your experience in and out of the classroom.

Have you ever looked out of your dorm room at the night sky? If so, you’ve participated in the longstanding tradition of Columbia’s engagement in astronomy. In our third episode of The Ear, Amy Rupert investigates two historical eclipses over our campus, and surveys astronomy at Columbia today.

Surveying campus in the sun, Ear reporter Luke Cregan thinks about how Columbia’s landscape has changed over time. His mini-episode of The Ear recalls the Grove, an open space that used to exist where Pupin, NoCo, and Mudd now stand—the Grove played host to casual sports games, theatrical performances, and social gatherings before it was transformed into buildings that bolster Columbia’s scientific resources.

In this week’s View From Here, Grace Lin takes us to new heights and across long distances, spanning thousands of miles as she narrates her life as a parachute kid.

In this week’s Eyesight, Arminda Downey-Mavromatis doesn’t like Dr. Oz.

We’d like to tell you this is the end, but fortunately for all of us, it’s not. What we can tell you, however, is that we have felt nothing but love for what we were able to achieve. It took a team of dozens—reporters, photographers, editors, illustrators—to make each issue happen this semester. From the bottom of our hearts, we’d like to thank our staff for their relentless dedication, and you, for being our reader.

See you next semester,